In 2011, the Tohoku earthquake and tsunami disaster devastated Japan.
The following year, we travelled to the region to offer relief as a soup kitchen.
Sandwiches were prepared and handed out to the people residing in temporary housing. Using hamburgers cooked in white sauce by Shinobu Namae of L’Effervescence, and bright red beetroot bread by Ayumu Iwanaga of Le Sucré-Coeur -- this was the start of Bricolage bread & co.
Although the two -- chef and baker -- did not know each other well at this point, the moment they saw the happy faces of these people eating, they realized that they had created something delicious together. After this, the two continued to combine bread and cooking in friendly competition. After the two endured many twists and turns together, they found themselves considering making a store together. And when they asked themselves what drink would best accompany their bread and dishes, Kenji Kojima’s coffee of Fuglen Tokyo was the obvious choice.
Fuglen is a place that Chef Namae frequents daily.

The name “bricolage / brɪkəˈlɑːʒ” is derived from the French word for “DIY,” or “Do It Yourself” in English. If there is a time and place that you want, go make that world with your own hands. Our name is filled with that sentiment.
It isn't only about the bread, the food, or the coffee; it’s also everything about the store ? the design, the materials, the furniture, the equipment, the plants, the acoustics, the ingredients, the seasonings, and the cutlery…All the elements that make up a space, and the people that create them - we want to imbue them with our “bricolage" values.

Before “bricolage” itself, what we see first is the good mood that fills the space daily, and people’s happiness. These are things that we can create through “deliciousness.” Through “deliciousness” people and their intentions bloom, just like the branches of a tree, and they gradually grow, leaves sprouting and flowers blossoming.
While on this journey, we hope to make people aware of just how important commonplace food is in their everyday.

Try closing your eyes and taking a deep breath in this place brimming with contented people, delicious food and drink. When you open your eyes, if the world has become even a little more colorful, that is the start of “bricolage”.

Address
Roppongi keyakizaka terrace 1F, 6-15-1Roppongi,
Minato-ku Tokyo, 106-0032MAP
Open Hour
Bakery Counter 8:00-20:00
Restaurant & Coffee Counter 8:00-21:00
Closed
MONDAYS
Reservation
We advise placing your bread order in advance due to limited numbers.
Reservations can be made via telephone or Facebook.
Please feel free to do so whenever.
Tel
03-6804-3350
Recruit
We are recruiting both full-time company employees and part-time employees, openings may vary depending on the timing of the respective departments.
Please make any inquiries via the email address below.
job@bricolagebread.com
Representative: Namae 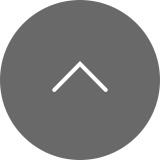